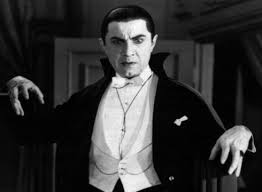 There is too much emphasis on the problems facing Indi authors and their dependence and deference to the Publishing Industry. As an Indi author I’m tired of hearing about how every route to self-publishing takes writers and authors back to the traditional publishing industry’s clutches.
Myth Three
The new paradigm for self-published authors is more lucrative for writers, because of decreased overheads. In fact the writer is required to shell out money for a number of services before the book even appears for sale. Alongside this the Indi writer has to engage in self-promotion and publicity. An acquaintance of mine paid in excess of $12k for his work on a manuscript. The original edit was so badly botched that it had to be redone – this involved more money. For example, there were no spaces after many of the full stops and the book was riddled with punctuation errors. This was a supposedly professional job.

You can’t sell an Ebook without great metadata. If want this task done properly you must do it yourself. This is another time consuming task. I write supernatural and dark fiction and discovered that the metadata was completely incorrect. On one E-Store my titles were categorised as Romance fiction. I had to research metadata then go through the process of getting the right metadata then passing it to a distributor I no longer use. I have since taken control and outsource necessary publishing services. It’s a case of buyer beware.

Writer of horror and dark tales

Myth two of five about Publishing

New corporations that have emerged as rivals to the traditional publisher claim that they are committed to their writers. This may be true of some. However, in my experience compared to my husband’s experience with traditional publishers it’s the opposite. The traditional publisher is more supportive of writers and is much more involved in the creation and promotion of their writer’s works. The biggest problem I’ve faced from this new breed of publishers is lack of communication and stated timelines spinning out to the ridiculous. For my last Ebook novel, In Jeopardy, the turn-around for paid publishing services was meant to be one month, but extended to five months; no explanation – only delays.

Of late I share the sentiments of Musician, Scott Grove who lives by the premise, ‘Don’t trust anyone until they prove trustworthy and likeable,’  following a number of experiences dealing with difficult people. The most recent incidents were after placing trust and good faith in a jeweler then a tradesman, both produced sub-standard work. Rather than taking responsibility both engaged in the blame game.

Like one of my favorite writers, Guy de Maupassant, I am a misanthrope and sometimes have a sour take on humanity. This is a feature that permeates throughout my work and partly explains why I write dark fiction rather than romance and fantasy.