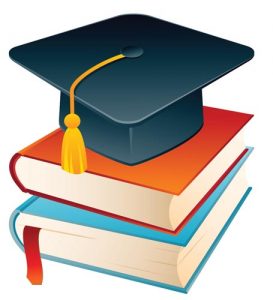 Upcoming event was publicised on Steve Martin’s breakfast show at the ABC Ballarat studio Tuesday 21st February.
This is a free event

Ballarat Mechanics Institutes (BMI). Closer to the event The Courier (local newspaper) has offered to promote this event as a Media Flash and ABC Ballarat are interested to further publicise this event.
The first session will be held @ the BMI, Wednesday 22nd March 2017, from 7 – 8.30pm
The presentation includes:
• Finding the resources you need
• Tips on how to develop crucial research skills
• Learn the essentials from an Experienced English teacher who operated a successful tutoring service to VCE students for 12 years.
• Skills and advice learned at this session are applicable to other VCE subjects and tertiary studies.
• Find out how to best tackle each aspect of the course and address the key criteria of each area of study.
• Gain a head start for your exam preparation.
The idea for this event was prompted by my experience as an English teacher and private tutor.
Beyond the school setting education services and resources are readily available and for many years have been big business. However, many parents and students are often lost in terms of finding the best assistance and how to gain the most from the resources that they purchase. Many students and their parents are unaware that many of valued added VCE resources are free.

Cosmo’s Factory Revisited is a tribute to John Fogerty and Creedence Clearwater Revival. A review and appreciation of a classic rock album.

“Cosmo’s Factory is the fifth studio album by American rock band Creedence Clearwater Revival (CCR), released by Fantasy Records in July 1970 and released as Fantasy 8402, the same month as the single release of “Lookin’ Out My Back Door” b/w “Long as I Can See the Light”. The name of the album comes from the warehouse in Berkeley where the band rehearsed early in their career. It was dubbed “The Factory” by drummer Doug “Cosmo” Clifford, because bandleader John Fogerty made them practice there almost every day.” – Wikipedia

‘…English teacher said she needed to tread carefully so as to avoid any copyright breaches.

‘McClenaghan nominated CCR’s 1970 album Cosmo’s Factory as her favourite. She was happy to see Fogerty continue to perform some of the songs as a solo artist in recent years.’

I am currently ranked under 6,000 with a 86% helpful status among more than 33 million reviewers.

My latest reviews include:

For something completely different: The Poldark Series (TV and novels)

Follow this link to my Amazon reviews and profile page.

VCE Tip – Teachers as writers in the ever-evolving landscape of Indi self-publishing.

Early December I will be attending the Victorian Association for the Teaching of English (VATE) Annual State Conference. END_OF_DOCUMENT_TOKEN_TO_BE_REPLACED

November 24th, 2015  |  Published in e-news, Self Publishing, Writer and Research

Review – To Kill a Mockingbird

Timeless classic that speaks to a diverse readership END_OF_DOCUMENT_TOKEN_TO_BE_REPLACED

To Set A Watchman END_OF_DOCUMENT_TOKEN_TO_BE_REPLACED

Review – this read will appeal to readers of crime and noir