Review – To Kill a Mockingbird

Timeless classic that speaks to a diverse readership 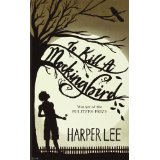 In light of the poor reception Go Set a Watchman has received it’s timely to revisit To Kill a Mockingbird and celebrate this classic masterpiece. I was reminded of this book’s value only days ago after discussion exploded on the internet expressing reader disappointment in the sequel. I mentioned some of the criticisms of Go Set a Watchman that are currently raging to the barista of a favourite café. She was hugely disappointed explaining that To Kill a Mockingbird was the one book she loved at school, which subsequently turned her into a reader. As a teacher I’m witness to what Harry Potter has done to transform non-readers into student who appreciate the world of books. Despite its flaws, the main one being, that it’s a difficult read. It’s amazing and impressive that given how dated this story is, lengthy and convoluted it still cuts it with teenagers. Even in Australia where we don’t have the historical and cultural background to frame the context and history of this story, teenagers learn to love this book. Its timeless qualities manage to pull in reader attention as it readily relates to, prejudice, injustice and loyalty; features that children can easily relate to.

Harper Lee’s portrayal of the younger Scout and how the adult protagonist’s voice evokes memory strikes a rapport with teenage readers. More receptive readers appreciate Harper Lee’s references to America’s ugly history of slavery, segregation and the menace the KKK presented long after the abolition of slavery; one that still had a large grip on counties in the Deep South. As a narrative To Kill a Mockingbird is an entertaining read of Scout’s adventures and a bitter sweet tale of her maturity and loss of innocence. From a more complex and literary perspective To Kill a Mockingbird is a well-crafted story that use literary elements, such as the Gothic to enhance the more serious themes. The film is iconic in its own way and serves to highlight the many strengths of the novel.

Also posted on Amazon. To read other reviews to https://goo.gl/nmOfCX