Review – Upstairs at the Party

Even when reading for leisure, I read like a writer and think critically about what I’m reading. This often follows writing and posting reviews on Amazon of kindle and print purchases. Upstairs at the Party is a dark story. A review I read in the Herald Sun interested me enough to purchase this novel. Days later I read a review written in The Age giving Upstairs at the Party faint praise. The reviewer was critical of the story’s bleakness and added that it didn’t offer a happy ending, and this was a feature of the story that appealed as I write horror and dark tales. Like Upstairs at the Party horror, dark material and dirty realism offers hard hitting social commentary where happy endings only sanitise serious and thought provoking issues.

Upstairs at the Party is both a fascinating and frustrating read. As other reviewers have noted, it is a keenly observed and evocative portrayal of the characters’ time at university. It does not sentimentalise this era; some scenes are grim and confronting, and the social comment is apposite.

It is also a scathing indictment of selfish, self-centred people. We watch as the characters waste their lives and fritter away the value that their education and the privileges and responsibilities that it endowed them with on empty pursuits.

I found myself skipping bits as I became increasingly frustrated by characters’ aimless ineptitude. Their engagement with life is often oblique and peripheral. Perhaps this is Grant’s point – that their impotence has as much to do with flawed and undeveloped personalities as it has to do with the social conditions in which they live. She thereby reminds us of the importance of social and cultural engagement that goes beyond gestures and rhetoric. 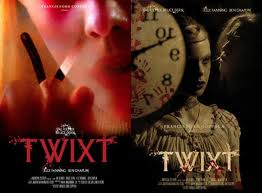