From the opening lines Ray’s autobiography is imbued with a personal touch which contrasts Mick Wall’s cynicism. END_OF_DOCUMENT_TOKEN_TO_BE_REPLACED

The Doors Live at the Hollywood Bowl 68

As well as reviewing dark fiction, I review music, including biographies of iconic musicians. One of my recent blogs reviewed: Love Becomes a Funeral Pyre (Biography of The Doors by Mick Wall)

Watch this space for more reviews, include: Steampunk Erotica and Bram Stokers (stories include alternative endings).

Not to be missed DVD for Doors fans and a worthwhile watch for those who appreciate great music.

This DVD is essential for any Doors fan. Even casual fans should buy it as it may well inspire them to investigate the band’s music further. The restoration of the film of the Doors’ 1968 Hollywood Bowl concert is a triumph of modern technology and a credit to the original cinematographers. The video and audio is now so good that the concert could have been filmed last week. The process of restoration is covered in detail in one of the excellent Extra features on this DVD. The mini-documentaries are well worth watching and there are some bonus television performances included.

The concert itself shows the band at their peak in a live setting. At the time much of their best music was still to come, particularly the albums Morrison Hotel and L.A. Woman, but this performance is a good representation of their work up until this point. Later in their career live performances would become often shambolic and unpredictable as Jim’s erratic behaviour took increasing hold over him, and the band. This performance is tight and professional. The richness of their music works well in the live setting where their improvisation and extended versions of songs are developed and explored musically and lyrically. The impression we get watching is of a well-rehearsed band with an intuitive understanding of where each song is going.

The concert takes you back to a time when bands just came on stage and played. Unlike the garish and tacky antics of some modern performers, the Doors grab you and hold you with musicianship and the power of their music. There is not much theatricality, except in The End and The Unknown Soldier. Jim is the brooding presence you’d expect, but with boyish smiles and charm, he is also an engaging frontman, and expressive vocalist. Robby is never less than tasteful and astute in his playing. Like the others, he makes it look easy, until, in one of my favourite shots, we see him close up, breath condensing in the cold night air, sweat pouring down his face. Laid back, but intense. Ray is perpetually smiling, hunched over his keyboards with his head cocked sideways, absorbed in the music, playing brilliantly, giving the band so much of their unique sound. The revelation for me was John Densmore. His work is powerful and expressive, subtle and complex. He is easily the equal of any rock drummer, including Baker, Bonham or Moon (and considerably more sane!)

Great concert, but I was saddened when it finished. Ahead lay trouble with the law, controversy, and for Jim, decline, and a squalid death three years later. That we know how the story ends makes this wonderful concert also quite poignant.

Love Becomes a Funeral Pyre: Biography of The Doors by Mick Wall

Misunderstood genius and lost soul – couldn’t put it down

This biography of The Doors, America’s version of the 1960’s Rolling Stones, is brilliant, engaging and sometimes difficult to read. Wall paints an evocative portrayal of the path to self-destruction Jim Morrison paved for his short life. Tragic and intense, Wall captures the essence of how the band’s singer, young lion and iconic sex symbol, packed thirty years into three. Wall aptly foreshadows Morrison’s demise as tortured, often misunderstood genius, musician and poet. Along with his downward spiral he pulled his band down with him. Despite the open anarchy Morrison inflicted on his entourage and society the band seemed to miraculously resurrect itself. What makes this read even more compelling is his how Morrison College educated, awkward and overweight with no obvious musical talent became an accidental rock star.

Wall’s criticism of Morrison and the band’s keyboardist, Ray Manzarek, is often harsh. But it is easy to read against the flow of this and to see Morrison’s story as a tribute to the poet and social critic he wanted to be known as. Despite being comfortable as a misfit, he initially couldn’t resist the adulation he gained. However, it didn’t take long for the gloss to wear off and him shunning fame and the power it wielded it was always going to be too late for Morrison. Wall captures the decent of a lost soul so destroyed by drugs, alcohol and fame that he resembled the living dead. Even when Morrison was at his lowest points and inebriated he was still able to capture audiences with his poignant lyrics, unique voice and thought provoking philosophy.

I read this as a tribute to Morrison and The Doors regardless of what Wall may have intended. 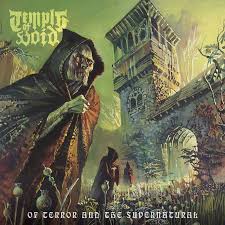