I often mention in my posts that part of my research as an author involves reading the works of other writers including other Indi authors. END_OF_DOCUMENT_TOKEN_TO_BE_REPLACED

Film director, James Mc Teigue, draws thematically on the poem The Raven and the poet’s life. The poem depicts the narrator lamenting over lost love, where the raven is a messenger from the land of the dead and a symbol of death. Even though the narrator is haunted by the lover and death, the poem asserts that although death conquers life it doesn’t destroy love. This theme is embodied in the film where the fictitious Poe is prepared to surrender his life for his lover.

The film deviates from the poem and the facts of Poe’s life. Unlike, the poem, the film is a hybrid genre of historical fiction, Gothic horror, thriller and crime story. Laced with violence and gore, the film is not recommended for young viewers or the faint hearted. Mc Teigue’s thriller relies on a number of the Poe’s gruesome tales where a deranged fan sets about to re-enact some of Poe’s most grisly tales. He must be stopped before he works his way through Poe’s entire compilation of stories. This is a compelling and chilling thriller that sustains suspense throughout keeping viewers on edge until its grim finale. 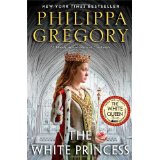 A good read, but like the other volumes in the Cousins’ War series, this one is compromised by being overlong. Historical fiction readers expect meticulous detail and the writer’s specific interpretation. Like other volumes of this series the White Princess delivers. This is a revisionist history portraying Henry Tudor as a tyrannical, paranoid ruler and pretender to the throne. It also hints at being anti-royalist.
END_OF_DOCUMENT_TOKEN_TO_BE_REPLACED